It’s no secret that electric bikes are surging in popularity as they become more common on the streets, the cost of them comes down, and their benefits are very widely publicised.

Commuters, hobby riders, long-distance trekkers and mountain bikers alike can all find benefits in electric bikes, whether that’s reducing the effort required on a ride, gaining speed and efficiency, or simply having a lower-effort, eco-friendly mode of transport to replace a car on shorter journeys. 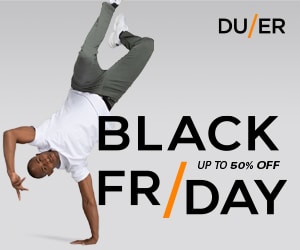 Naysayers might ask if riding an e-bike is cheating when compared to a normal bike, but many would argue that they serve a different or supplementary purpose to push bikes. They can go faster with less effort — but only up to a certain legally-specified limit to ensure their safety — and add an extra push of power that can help you tackle hills and rough terrain with ease.

The argument around whether electric bikes are worth it when compared to acoustic bicycles will, I’m sure, continue for many years to come, as valid concerns about how likely they are to get stolen are raised against those arguing for their environmental benefits and how great e-bikes are at getting people into cycling by offering them an option for a less laborious pedal-powered vehicle.

While many just stick to ‘bike’ when referring to non-electric bikes (after all, we didn’t stop calling it ‘mail’ after email was invented!), we think there might be a more fun way to talk about your traditional , purely pedal-powered two-wheeler.

Let’s dive into some of the potential names for non-electric bikes, and debate which one we think is the best.

What is a Non-Electric Bike Called?

The truth is, there’s no one name used to refer to non-electric bikes. It’s simple enough just to call them ‘bikes’ — as that’s what they are. They were around first, and who are we to argue that their name should be changed just because a fancy new kind has come along?

Well, to be honest, we are going to argue that, just because it’s more fun to give them a new name and will make writing about the differences between e-bikes and bikes simpler and more interesting. (See? It sounds rubbish when you say ‘e-bikes and bikes’.)

Some in the industry like the term ‘acoustic bicycle’, referring to the difference between electric guitars and acoustic guitars. Others have suggested ‘m-bike’, as in mechanical bike or manual bike.

At the moment, there’s no catch-all term for non-electric bikes, so we can have a bit of fun deciding which we prefer.

What Does “Acoustic Bicycle” Mean?

The term ‘acoustic bicycle’ is used to refer to non-electric bicycles – that is, bikes that only use pedal power to move, with no assistance from an electric motor.

It’s one of the favored terms for non-electric bikes in the bike industry, as it plays off the idea of ​​electric guitars vs acoustic guitars.

Next up, we’ll go through some of the common suggestions for alternative names for non-electric bicycles, discussing their pros and cons — and we’ll leave it up to you to decide which name you’d like to adopt, if any .

As I mentioned in the previous section, ‘acoustic bike’ is a preferred term for non-electric bicycles.

However, I don’t think it sounds quite right.

The logic behind the name is inspired by electric and acoustic guitars, but that’s maybe not the right comparison to draw.

Of course, the word ‘acoustic’ relates to sound or the sense of hearing, which is why it makes sense for acoustic guitars to be named as such — the sound of the guitar comes from the instrument itself, not from the instrument being amplified by an external, electric device.

But is this really applicable to non-electric bicycles, which have little if anything to do with sound?

If you like this term, go ahead and use it! I just think there might be a better name out there for non-electric bikes.

‘Analog bike’ is quite a good term, in my opinion, for non-electric bikes. It is reminiscent of analog versus digital clocks, one being the new electricity powered version, and the other powered by its own mechanical cogs and wheels.

According to Google, one definition for analog is “not involving or relating to the use of computer technology, as a contrast to a digital counterpart” — which is exactly what a non-electric bike is.

Perhaps the most logical first choice for naming a non-electric bike, ‘traditional bike’ does what it says on the tin. After all, a purely pedal-powered bicycle is the traditional version, before even motorbikes, let alone e-bikes, came along.

Maybe I’m overthinking it, but I think there’s something a bit dry and stuffy about the term ‘traditional bike’. It makes me think of non-electric bikes as being tired, old and almost defunct, having been replaced by the new-fashioned electric bike, which they most certainly are not.

‘Push bike’ is quite a common name for non-electric bikes, and one that has been used for a while to draw the distinction between motorbikes and bicycles.

It evokes the idea of ​​the pushing of the pedals to power the bicycle, which is a very logical connection to draw, and makes it clear that this is a bike you power with your own muscles and strength.

Finally, ‘normal biking’. I think this has been my go-to name for non-electric bikes, just because it’s simple – but it does have two major flaws.

First, it makes non-electric bikes sound a bit boring, in the same way that the name ‘traditional bike’ does.

“They’re just normal, nothing special about them, plain old normal bikes,” you can almost hear the critics saying.

On the flip-side, they also make electric bikes sound weird, like they’re not widely accepted and fantastic for their own reasons.

It’s an easy and logical name, for sure, but is it the right one?

London’s parks and canal paths are Rachael’s current favorite place to cycle, but having grown up in Norfolk she’s no stranger to a forest track or countryside trail. When she’s not on a bike ride, find her out for a run, at a gig, browsing for fashion or watching films somewhere in the city.