Pakistan vs Bangladesh in a virtual quarterfinal. The winner will join India, England and New Zealand. Pakistan will be absolutely chuffed and will fancy their chances. But we have said this in the past as well. This tournament is crazy!! You never know what’s going to unfold in the next few hours.

Zimbabwe beat Pakistan, Ireland beat England and now South Africa lose to Netherlands. Three crazy results coupled with West Indies getting eliminated in the previous round. This just has to be the best T20 toilet ever.

Unreal scenes!! I cannot believe I’m typing this but South Africa, one of the favorites for the tournament, have been knocked out. They haven’t been knocked out by a top 8 team, or by a former world champion. They have been kicked out by Netherlands, a gutsy Netherlands outfit that will be given a heroes welcome if they end up landing in Pakistan/Bangladesh at this point. This was never supposed to happen, no one saw this coming. South Africa’s bowling attack was expected to blow this batting lineup away but that didn’t happen. Ackermann and Cooper gave their bowlers a superb platform and my word they have taken it. 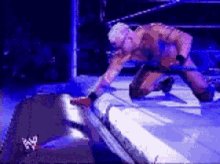 Final nail in the coffin?

Has to be!! I just don’t see how South Africa can win this one from here. Their final hope Klaasen falls now as he finds the fielder at the deep. Netherlands are all over South Africa and the equation gets harder and harder. 39 needed from 15.

Crazy!! This is absolutely crazy. Parnell is gone for a duck now. He attempts to drive but only manages to edge behind. Netherlands are seriously creating an opportunity for Pakistan/Bangladesh to exploit.

Oh boy, Pakistan and Bangladesh are going to be extremely pleased with this. David Miller miscues a pull shot and this one is quite tough to judge and take. However, van der Merwe judges it to perfection and the old veteran takes a superb catch to stun the team he played for many years ago. Is that the wicket that is going to potentially knock the Proteas out?? Crazy!!

They should ideally get this done but you never know with South Africa. Remember, they prefer to play five bowlers in their XI. One more wicket here will bring Parnell out to the middle. He isn’t a dud with the bat but the tail officially begins there.

Momentum was building in the last 15 deliveries or so with South Africa fetching three boundaries but Netherlands fight back with another wicket. Klaassen strikes again in his final over as Markram gets a leading edge to get caught at short cover. He is disappointed, there are a few Pakistan fans in the stands who are happy.

Well, are we in for a dramatic twist here? South Africa lose their third wicket and Netherlands are buoyed. Rossouw targets the shorter boundary but gets the timing wrong on this shot and is caught near the boundary. South Africa are 68/3 now after ten overs at the halfway mark.

What a finish to the power play for the Netherlands. They had a very good powerplay with the bat and now the same with the ball as well. Temba Bavuma was moving a lot in the crease to try and fetch some boundaries but that proves to be his undoing di lui as Van Meekeren bowls one full and at leg stump to castle him. South Africa are in a slight bit of bother here as Markram joins Rossouw out in the middle.

And that’s a big strike as well. Quinton de Kock is someone who can take the game away pretty quickly but Netherlands get rid of him. Klaasen bowls outside off and there is a hint of movement. The batsman steps down the track but only manages to edge it behind the keeper.

Colin Ackermann, that was superb to watch in the final over. He pretty much flicks Parnell for a couple of sixes in that final over and Netherlands have powered their way to 158/4. This is the best performance with the bat from their middle order. Might have come late but maybe not too late for Pakistan? South Africa’s pace attack was expected to run through this lineup but it just didn’t happen. Except for Nortje, the rest suffered.

Take a bow, Anrich Nortje. He has been amazing in this World Cup and no wonder the Netherlands didn’t want to risk it against him. He clean bowls Bas de Leede in his final over before finishing with figures of 1/10. Netherlands need a big finish in their final two overs now.

Great finish to his spell for Maharaj as he slows one down to Tom Cooper who mistimes a shot and is caught by the keeper. Maharaj finishes with 2/27, he has had a good game on this surface. South Africa are slowly getting back into this contest after the solid start from Netherlands.

Tom Cooper just connected with a switch hit that went all the way for a six as he targeted the shorter square boundary and now O’Dowd wants to smash Maharaj down the ground but fails to connect it cleanly. Rabada near the ropes takes a good catch and the Netherlands lose their second.

Netherlands are 70/1 at the halfway mark and they will be really pleased with this start. Myburg did the early damage and O’Dowd is now looking good as well. But the spinners are slowly getting into the game so Netherlands will have to bat carefully in these middle overs.

And there’s the wicket

Well, Markram strikes in the same over anyway. O’Dowd had a close shave but Myburg slog sweeps one straight to the deep midwicket fielder. You got Rabada, Nortje, Ngidi and Parnell in your attack but the wicket comes from an unlikely source. South Africa needed it.

South Africa almost got their first wicket as Markram got some turn straightaway to rap the batsman on his pads. It looked close so SA went for the review but it’s just clipping the stumps, so the umpire’s call stays.

Ok, not many saw this coming. Myburgh has looked in great touch hitting seven boundaries already in the powerplay and now O’Dowd gets into the act as well. Netherlands are off to a great start for a team that’s not been great with the bat in this tournament. 48/0 in the power play.

The surface is very dry underneath says Shaun Pollock. South Africa have opted to bowl first. Their pacers are expected to dominate proceedings against this jittery batting lineup. While the Netherlands are unchanged, South Africa have brought back David Miller and Keshav Maharaj for this contest.

D-day in Group 2 as we are all set for a triple-header blockbuster Super Sunday. By the end of the day, we will know the other two semifinalists of the 2022 T20 World Cup. On paper, it’s straightforward. India and South Africa are tipped to join England and New Zealand in the final four. But this tournament has reminded us over and over again that games are not won on paper every time.

Netherlands have come up with a few impressive performances and South Africa just cannot afford to take them lightly. But then again, the batting hasn’t really clicked for the Netherlands so far. Max O’Dowd has looked impressive but the rest haven’t been consistent enough. How will they fare against an intimidating peace attack is the question today.

For South Africa, it’s all about getting their campaign back on track after that defeat to Pakistan. Not many saw that coming given the fortunes of these two sides in the tournament but the unpredictable Asian side gave South Africa a proper hiding. If they can put that defeat behind them and come up with a clinical effort today, they will certainly become contenders to go all the way. Welcome to the live blog for this first game of Super Sunday. It’s indeed quite early in the morning so not many might tune up from this part of the world. But fans from Pakistan and Bangladesh will definitely be keeping an eye.