IRELAND AND LEINSTER back row Josh van der Flier has been named World Rugby men’s player of the year.

29-year-old van der Flier becomes just the third Irishman to win the award, following in the footsteps of Keith Wood [2001] and Johnny Sexton [2018].

Sexton was among the nominees again this year, as were France scrum-half Antoine Dupont and South Africa center Lukhanyo Am, but van der Flier collected the top prize at World Rugby’s awards ceremony in Monaco.

The Wicklow man has been sensational throughout a brilliant 2022 for Ireland, starting all five games in the Six Nations as they claimed a Triple Crown, all three Tests in their summer series success in New Zealand, as well as the two recent autumn wins over South Africa and Australia.

Van der Flier has been ultra-consistent as he has taken his game to a new level, improving every single aspect of his skill set and making a dominant impact against the best teams. The 45-times capped flanker has been superb for Leinster too.

While Sexton wasn’t picked for men’s player of the year, the 37-year-old was included in the World Rugby men’s 15s dream team along with van der Flier, Tadhg Furlong, and Tadhg Beirne.

Van der Flier wasn’t the only Irish winner of an individual award in Monaco as Terry Kennedy was announced as the men’s 7s player of the year.

Ireland boss Andy Farrell missed out as coach of the year, while Dan Sheehan and Mack Hansen were pipped in the men’s breakthrough player of the category.

Ruahei Demant won the women’s 15s player of the year award after her superb performances at out-half as New Zealand won the World Cup. 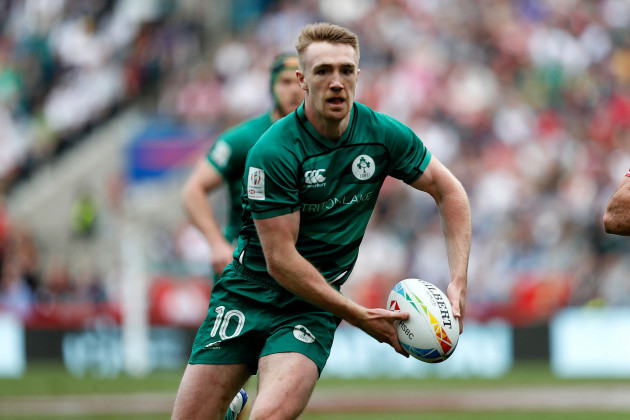 Terry Kennedy was named men’s 7s player of the year.

Ireland’s Kennedy was the unsurprising choice as World Rugby men’s 7s player of the year. The 26-year-old was the top try-scorer in the World Series last season with a remarkable 50 tries and played a key role as Ireland finished third at the World Cup.

Kennedy is on a sabbatical in Australia for the current season but flew into Monaco to accept his well-earned award.

The former Ireland U20 international spent two years with the Leinster academy as a 15s player but was involved in the men’s 7s program from early on and moved full-time into the seven-player code after finishing up with his native province.

Kennedy, a St Mary’s College RFC club man, has now earned the top individual prize in the sevens game thanks to his brilliant performances and he is due to return to the Ireland 7s duty next season as they look towards the 2024 Olympics in Paris.

New Zealand’s Wayne Smith was named coach of the year after leading his country to their remarkable women’s World Cup success.

Ireland head coach Farrell was also among the nominees after helping Ireland to a Triple Crown, series success in New Zealand, and a clean sweep of their autumn Tests but he missed out as the vastly experienced Kiwi was honoured.

Smith took over the Black Ferns in April of this year with the set-up in disarray but turned the ship around in stunning fashion to drive them into the World Cup final in New Zealand, where they beat heavy tournament favorites England. 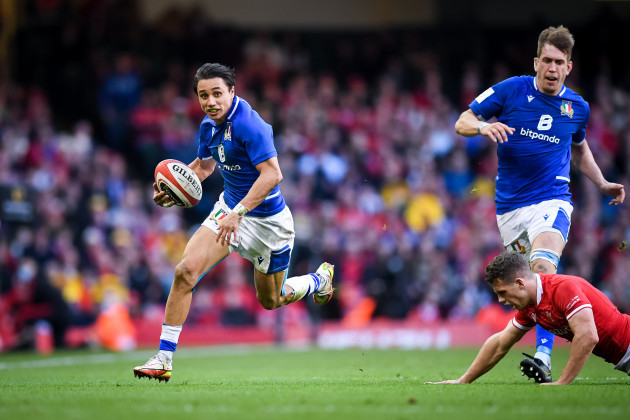 Italy’s Ange Capuozzo was named men’s breakthrough player of the year. The 23-year-old has been a sensation for the Azzurri since his debut during this year’s Six Nations, with his brilliance in the back three helping the Italians to wins over Wales and Australia in 2022.

The Toulouse fullback beat off the strong competition of Ireland hooker Sheehan and wing Hansen, who were nominated along with England’s Henry Arundell. Sheehan had a particularly convincing claim having become one of the best hookers in the world this year, but Capuozzo pipped him to the prize.

Australia’s Charlotte Caslick was named women’s 7s player of the year after playing a key role in their World Series and World Cup successes.